“I have been given this product as part of a product review through the Chronic Illness Bloggers (http://chronicillnessbloggers.com/chronic-illness-bloggers/) network. Although the product was a gift, all opinions in this review remain my own and I was in now way influenced by the company.”

Beneath every autoimmune disease and flare-up, there hides a singular culprit, inflammation.  When the immune system dysfunctions it causes an inflammatory response where it shouldn’t.  This is why an anti-inflammatory diet and any measure autoimmune patients can take against inflammation are vital to controlling it.

Given this reasoning, I was excited to learn the ideas and research behind hydrogen water and I pestered the incredibly handsome chemist I married for answers.

I am an advocate of the power of choice when it comes to treatments and therapies and I believe that nothing better empowers us to advocate for ourselves like information and education.

I also firmly believe that every patient is different because autoimmune disease, even the same disease, can take on many different symptoms and complications for each individual sufferer.  I am adamant that others not decide what treatments, whether medicinal, therapeutic, or holistic other patients should or should not consider.  Only YOU know what works for YOU, and you shouldn’t allow anyone, whether it be a physician or fellow spoonie tell you that you don’t know your body.  Self-care is self-love, don’t let others hinder yours.

Given my strong opinions concerning this, when H Factor water so generously allowed me to review their product I was determined to understand and share the scientific basis behind it in order to provide the information that will empower you to decide on whether it could benefit your body.

In order to understand the potential benefits of extra hydrogen, we must first understand hydroxyl radicals.

The hydroxyl radical is a damaging, highly reactive form of the hydroxyl ion.  We are all familiar with free radicals and their cellular level damage, which is why antioxidants are such a good thing.  You’ve eaten a few delicious berries today, right?

In addition to environmental factors, hydroxyl radicals can also be produced as a byproduct of immune action, which can be a serious problem when your immune function is in over-drive.  Hydroxyl radicals attack and hurt nearly every type of macrocell: amino acids, lipids, carbohydrates, etc.  They are bad for your body and the really bad news is that your body cannot take care of this particular radical through normal enzymatic reactions. It needs help.

Enter in H Factor Water.  The water that has been infused with extra hydrogen to fight inflammation.

Molecules with loosely-held hydrogen atoms can use those hydrogen atoms to sink free radicals.  To give an example, vitamin C has an extra hydrogen atom which is why it is such an effective antioxidant

H Factor water has been infused with additional water-soluble hydrogen.  By drinking this water your body consumes the extra hydrogen needed to reduce free radicals such as the hydroxyl radical and through this action reduce inflammation and improve health.

There are many questions and misunderstandings about putting extra hydrogen in water. I mean, isn’t water already H2O?  Let me take a moment to clarify a few wrong assumptions I’ve come across on the internet.

If you add hydrogen to water it becomes hydrogen peroxide.

This is chemically impossible.   The hydrogen doesn’t bind to the water molecules which is why it is available to the body as an antioxidant.  Note that hydrogen peroxide, H2O2, has an addition oxygen atom that is not accounted for stoichiometrically.

Not exactly.  It would take 10,000 liters of alkaline water to neutralize the same amount of acid as a teaspoon of baking soda, which is why researchers are skeptical about the benefits of alkaline water.  I wouldn’t purport its benefits here based on its alkalinity.  Hydrogen water delivers hydrogen to reduce free radicals, it doesn’t balance pH levels.

The hydrogen gas just escapes when you open the package.

Over time, some hydrogen does escape, but only in the way that the carbonation of soda also escapes and  it goes flat.  Here is the beauty of the H Factor special packaging which is similar to a capri-sun package complete with straw.  It is designed to hold onto the hydrogen as long as possible and prevent this loss.  H Factor recommends drinking the water within a half hour of opening but given the fact that hydrogen is much less soluble than CO2 I would recommend drinking it as fast as possible and very cold.

Hydrogen is not safe.

The body naturally produces hydrogen.  Our stomach’s bacteria produces liters of hydrogen on a daily basis.  It has been proven safe well beyond the levels used in water therapy.

The biggest health benefit of hydrogen water is attributable to the fact that hydrogen is known as a “scavenger” that hunts down and neutralizes hydroxyl radicals.

Therefore, by drinking hydrogen enriched water you can reduce the hydroxyl radicals. Hydroxyl radicals are known to cause inflammation.  As their concentration is lowered or eliminated, inflammation is reduced and there can be an improvement of health.

Now let’s move on from the technical side of this onto the practical side.

I drank two packages of H Factor water every day for three days.  I am a huge water drinker. My pretty pink water bottle goes with my everywhere.  So drinking this was no problem for me.  The taste was comparable to regular tap water, it was easy to drink.  In fact, H Factor won the best water in the world at the FoodBev World Beverage Innovation Awards at the Brau Beviale Exhibition in Nuremberg, Germany. and a finalist for the best packaging.

The package was a little difficult to open and the straw was a pain to try to remove from the back, so if you have RA beware.

Because I understand the theory behind this water, I was really hoping I would feel a difference in my health when I drank it.  I didn’t.

That’s not to say that there isn’t potential for this type of therapy and quite frankly I’m not sure that only three days worth of H Factor water would make an impact during the SEVERE flare-up in which I drank it.  My guess would be that it would take a significantly more time in order to feel results from a therapy like this, especially when it used in patients with major inflammation such as autoimmune disease.

I really like the theory behind H Factor water but the research is still young.  The idea of hydrogen therapy didn’t reach the attention of modern science until 2007 so there is still much to be learned.

Hydrogen therapy, and H Factor water, which seem to be on the leading edge of it, are something that each person would have to decide to try for themselves.  I believe there may be potential in long term use of H Factor water.  Here are some additional resources to help you decide if this a therapy that could benefit your autoimmune disease.

I love drinking coffee and reading dusty old books that I collect from antique and thrift shops. I also manage to live well with a complicated chronic invisible illness. I share my experiences as an Autoimmune Mess in order to help others along their journey through autoimmunity. It's a hot mess chronic life! View all posts by nikolenordljos 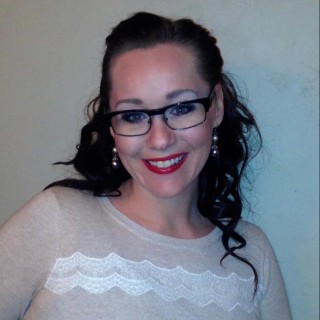 I love drinking coffee and reading dusty old books that I collect from antique and thrift shops. I also manage to live well with a complicated chronic invisible illness. I share my experiences as an Autoimmune Mess in order to help others along their journey through autoimmunity. It's a hot mess chronic life!

I love drinking coffee and reading dusty old books that I collect from antique and thrift shops. I also manage to live well with a complicated chronic invisible illness. I share my experiences as an Autoimmune Mess in order to help others along their journey through autoimmunity. It's a hot mess chronic life!